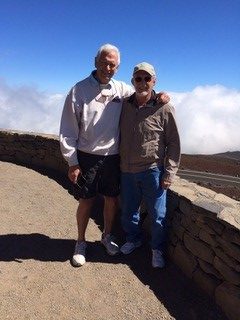 For the second year in a row, the Philadelphia Eagles star quarterback, Carson Wentz, went down with an injury leaving a journeyman quarterback, Nick Foles, with the reigns as they moved into the playoffs.  Last year, Nick proved to the world that he was more than a journeyman as he led his team to the Super Bowl and then beat the great Tom Brady and the Patriots for the championship.

Nick believed in himself, his organization, the game plan and, most importantly, his teammates.  Just as importantly, his teammates believed in him.  He knew his offensive line would protect him.  He knew his receivers, if he got the ball to them, would catch and advance it.  He knew the plan that he helped put together along with his coaches was one that everyone could believe in and execute.  He knew the defense would protect the lead and that belief was rewarded with success.

I sit here this Sunday morning, having just read an article about that improbable victory, waiting for the second edition of the same journey.  The Eagles will play the Saints this afternoon at 4:30. Nick and the Eagles will once again be the underdogs against the New Orleans Saints and the great Drew Brees.

I work for Induron Protective Coatings, a small, family-owned paint manufacturing company, that competes daily against the giants of the Industry: Sherwin Williams, Carboline, PPG and Tnemec, just to name a few.  I am the Nick Foles, the quarterback, in my Middle Atlantic States territory and the Water Tank Marketplace.  I need to believe in the marketing plan that Induron has put together.  I need to believe in the products that we bring to the market.  I need to believe that our manufacturing, customer service and product offerings can more than compete in this marketplace and territory.  I need to believe that my teammates have my back and that, together, we will bring to our customers the best products possible for their needs. It is the TRUST that I have in my teammates and that they reciprocate in me that makes Induron click.

Like the Eagles, Induron will compete against the biggest players and will go to the marketplace as underdogs.  However, that TRUST factor we have in each other and our company will allow us to win a lot of the battles that odds makers did not think we could win.