I remember well the afternoon of Oct. 4, 1957 – it was a big time in my life (and maybe yours too). I was somewhere between Gainsville, GA, and Birmingham, riding in the car with my dad. He had been in Gainsville for the weekend working as a volunteer “corner flagman” at an SCCA amateur sports car race. I was just a 14-year-old kid, amazed at the cars and men (and a few women) who drove them.

On that particular late afternoon, we were listening to the evening news when a strange “beep, beep, beep” sound came over the radio. It was a sound that changed almost everything in my future.

The radio announcer explained that the Russians had launched a rocket that carried a device into orbit around the earth, where it would stay for a very long time with no further “push” and send radio signals until the battery went dead.

I was – and have been ever since – fascinated by all things mechanical. I was also (then and ever since) a red-blooded patriotic American, and I was not going to stand by and do nothing while those Russians were beating us technologically! That night I decided I was going to engineering school. I think many other Americans made the same decision, because, as you know, we developed a far superior and much more sophisticated space program than did anyone else on the world. END_OF_DOCUMENT_TOKEN_TO_BE_REPLACED

As a senior chemist at Induron, I try to keep up with a wide range of research.  I recently read an article in Paintsquare News entitled, “Can Paint Protect from Global Warming?” The article discussed the global warming problem and whether a balloon spouting stratospheric aerosols could work toward decreasing global warming. In essence, they want to paint the sky to keep some of the sun’s harmful rays out.

It’s an interesting thought, but with many possible drawbacks. But it got me thinking about things Induron is doing that might help the global warming issue.

I am not convinced that carbon dioxide is a huge problem with regards to global warming, but we do know it contributes. According to the IPCC report, methane is currently the bigger contributor. There is speculation that will change, but methane is definitely a problem.

Natural gas (methane) is the most efficient of the fossil fuels, but containing it is a problem.  However, it is becoming more and more available as new methods of extraction have been discovered.  And what’s the lowest-cost, lowest-loss method of transporting this potentially dangerous fuel? Pipelines. END_OF_DOCUMENT_TOKEN_TO_BE_REPLACED 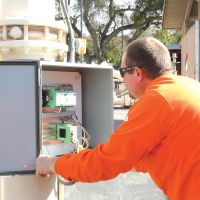 Are you ready to go wireless? Is your employer? How about your water system? Well, according to this feature article in “Automation World,” wireless communication is coming whether we like it or not. A prime example is the Crescenta Valley Water District near Glendale, Ariz. This water system recently switched to an all-wireless communication system, and estimates that getting rid of land lines will save the company roughly $27,000 each year. With that kind of savings, I’m trying to figure out how Induron can go wireless!

Did you know that corrosion on existing transmission and distribution structures and equipment is a global problem?

That’s one of the many things we learned at the 2012 IEEE Power & Energy Society’s Transmission and Distribution Conference in Orlando, May 7-10.

Induron was one of more than 700 vendors there, showcasing products ranging from large station power transformers to line trucks to industrial maintenance paint coatings.

Jeff White, Kendall Smith and I spent most of our time there discussing maintenance painting with people from as far away as China, India, North and South America. We were astounded that the corrosion we deal with and help solve on a day-to-day basis is actually a worldwide problem! We’re proud that Induron has the products and expertise to help our electric utility customers battle their corrosion issues, no matter what corner of the globe they live in. 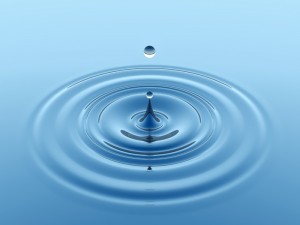 I believe that people worldwide have a right to clean water. I’ve encouraged the entire Induron staff to sign and support the Water Environment Federation’s (WEF) “Water is Worth It” pledge.  I just signed it. And I encourage you to as well.

By signing this short, four-sentence pledge, you too can help support clean and safe water worldwide! Think of the difference access to clean drinking water can make in one child’s life. 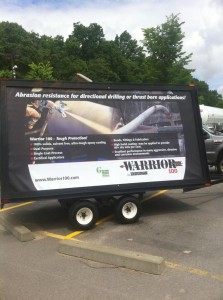 If you’re in the Rhode Island or New England Natural Gas industry, come join us TODAY at Bryant University in Smithfield at the Annual Gas Operations School of the Northeast Gas Association (NGA). We are exhibiting with one of the Warrior 100 “Certified Applicators,” and would love to share some information with you about our revolutionary Warrior 100, which offers Tough Protection. We’d also like to share a few Clams with ya…. It’s a clam bake!

We live in a fast-paced world.  The internet and cell phones have dramatically improved sales people’s ability to increase their customer base.  However, at the same time, these tools have also enhanced our productivity, thus decreasing the response time demanded by both their employer and customers.

I began my career having to use payphones to make calls on the road and snail-mail to confirm almost everything else.  Everything was much slower, but much more personal.  Office visits were encouraged, lunches and dinners were commonplace and relationships were established.

As someone who’s been in the sales business for a long time, I know that lasting relationships cannot be built via e-mail and cell phone contact.  Personal interaction is necessary, and the longer that contact can be maintained, the stronger the relationship will become.

So just how valuable IS relationship selling? I believe it accomplishes two vital aspects of the selling process: