Thanksgiving is this week. It is a uniquely American holiday on which we all celebrate the wonderful things the Lord has provided to us and allowed us to experience. A day to give thanks.

Induron (then known as The Industrial Paint Company) was founded 65 years ago by my dad and Louis Prosch, using money from a few businessmen who were what is known today as “angel investors.” The company was created to make a profit for those guys—and it did.

When I joined the company in 1969, I had a vision of converting it to a family business, because I thought that would create the best future for the employees and my family. I had a “10-year plan” to do so, but it took nearly 30 years.

Induron is now, truly, a family company. It was well worth the risk, work and all the energy that it took to get here. Our objective today is to provide reliable protection through innovative coatings. We believe that, when we do so, it will result in a profitable business that will provide value to everyone who is involved.

Before my son, Davies, joined the company, he and I agreed that if we ever came to an impasse that had the potential to make Thanksgiving awkward (i.e., if a disagreement spilled over into family events), one of us would quit. Our family was—and is—more important than the business. He has been here 15 years now, and we have yet to have a “fight.” He is now a full partner in the company and will soon be the majority owner. It is our business to manage and we choose to do so with integrity, respect, reliability and innovation, and all of our fellow employees are fully committed to these same principles.

My family is happy and healthy, and they – along with our family business – are contributing members of our society. What more blessings could a guy ask for? For all this, I am truly thankful!

I recently read an interesting article at Environmental Expert about a wastewater treatment facility in Adelaide, Australia, that uses cogeneration to reduce emissions AND produce needed energy.

Typically, water and wastewater treatment facilities have very long lifetimes (50+ years). In the Adelaide facility case, gases – mostly methane – from the waste treatment are being used to generate energy to run the plant. This kind ofcogeneration has been around for a while, but is picking up steam. (Pun intended!)

In this instance, the cogeneration saves the plant money by changing its capital cost and reducing the plant’s energy costs. In fact, with this system, the plant can pay for its generators in just eight years. Additionally, the cogeneration prevents methane from escaping into the air. Methane is more than 100 times the greenhouse gas than carbon dioxide is, which means it is much worse for the environment.

The capital costs of implementing cogeneration are high. However, the procedure pays for itself, or even makes a profit, IF the facility lasts ONLY least eight years. Induron makes paint that protects the piping and holding tanks for this type of facility, helping them run more efficiently and last longer. We recommend using Permaclean 100, or Ceramsafe 90. Both are green products because they are free of HAPS (Hazardous Air Polutants) and VERY low in VOC content, with PermaClean 100 being 100% solids and the Cermansafe having a VOC of 81 gm/l. These products have life expectancies of 15+ years when used per our recommendations.  This means you get 7+ years of profit from the generators even before you repaint the pipes or tanks! END_OF_DOCUMENT_TOKEN_TO_BE_REPLACED 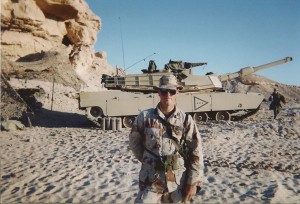 U.S. President Woodrow Wilson first proclaimed Armistice Day for November 11, 1919. In 1945, World War II veteran Raymond Weeks from Birmingham, Alabama, had the idea to expand Armistice Day to celebrate all veterans, not just those who died in World War I. Weeks led a delegation to Gen. Dwight Eisenhower, who supported the idea of National Veterans Day. Weeks led the first national celebration in 1947 in Alabama, and annually until his death in 1985. END_OF_DOCUMENT_TOKEN_TO_BE_REPLACED

OK, I admit it. I am a super fan, or fanatic, or whatever else you call us. I drove from Birmingham, Alabama, to Detroit, Michigan, to watch Game 3 of the World Series so I could see my beloved San Francisco Giants in person in THE WORLD SERIES. Yeah, I know – it’s 700+ miles each way, but this is baseball.

What the heck does any of this have to do with an industrial coatings blog? Well, besides a glimpse into one of my true passions, how about this quintessential Team First quote: “Sometimes, guys have to make sacrifices,” Giants Infielder Ryan Theriot said.

Or this one: “The way we view each other, it’s not about me. If I’m selfish and I make a big deal about something … this is such a long ride, it’s not fair to the rest of the guys if I make it about me.” This quote is from a back-up utility infielder who was making his first start of the World Series and ended up scoring the winning run in the series-clinching game. He didn’t beg for the limelight like many other higher profile players might have. His only thought was about US. Big team and little me.

I have had several conversations with my co-workers here about working together and “pulling in the same direction.” The fact is, we spend more time with our co-workers than our family and friends, so we might as well get along. That’s not just true of this paint company. It’s also true for our clients in the engineering field, the pipe manufacturing business and industrial paint contractors. Like Giants Manager Bruce Bochy said, “What these guys did is truly amazing. It shows what 25 guys can accomplish playing for each other. That’s the only way to get it done.”