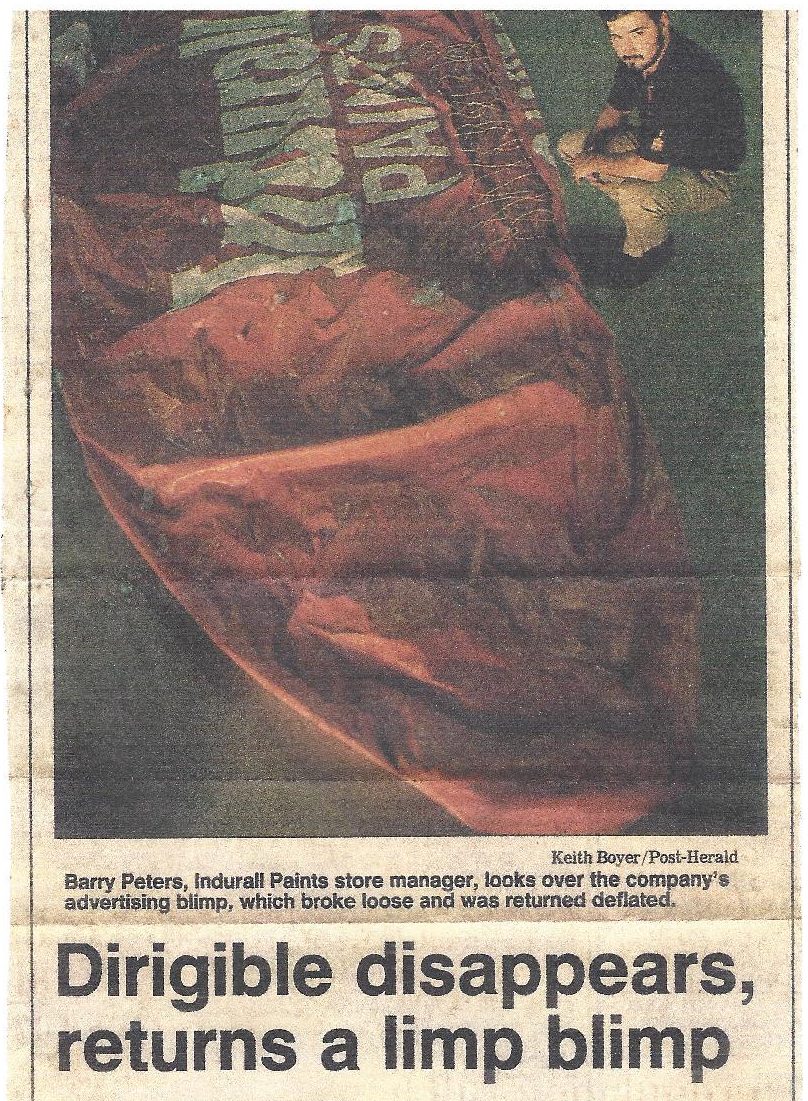 There are times when life is stranger than fiction. Pictured below is a funny story from Induron’s history. Barry Peters, our Customer Service Department Manager, is a great storyteller. Recently, he fessed up to this during one of our conversations. I have been at Induron for 17 years and no one has ever brought it up. The incident occurred in 1992-1993. Make sure to take note of the clandestine operation that it took to recover the “Indurall Blimp.” I hope you are as entertained by it as I am! The article reads:

The case of the disappearing dirigible was solved in a cloak-and-dagger fashion yesterday. And, after shelling out $100 reward, the folks at Indurall Paints were left with a limp blimp.

It all started Tuesday afternoon.  A customer walked into the Indurall store at 2301 Fifth Ave. South and asked what happened to its big balloon. See, the store bought this eye-catching, bright orange mini zeppelin with Indurall painted on the bottom about three weeks ago.

At 20 feet long, filled with 380 cubic feet of helium and tied to about 150 feet of rope, it caught people’s attention from miles away. Company President David Hood said he thought it was worth every bit of the $1,900 or so he paid for it.

After the customer asked what happened to the balloon, store manager Barry Peters went outside to take a look. When he say a short piece of the long tether dangling and no blimp in sight, his stomach sank. “It was a disenchanting, disheartening thing to see,” Peters said.

Apparently, the tether was rubbing up against a corner of the wall or something sharp that finally cut the line, Hood said.

“It must have just shot up like a rocket,” he said.

The company put the message out that it would pay $100 for the return of the airship.

About 4 p.m. yesterday, a man called the store and said he had the balloon. He would not give his home phone number and said he would only meet store officials at a laundromat on Eighth Avenue North in Graymont.

The exchange went down without a hitch, but the blimp appeared to have had a rough ride. There were several rips in the vinyl-coated hide.

Hood called the balloon’s maker, Pie-In-The-Sky of Redwood City, Calif., and that company said there was a 70 percent chance it could be fixed “at a minimal cost.”

“I’m going to send it right to them,” Hood said. 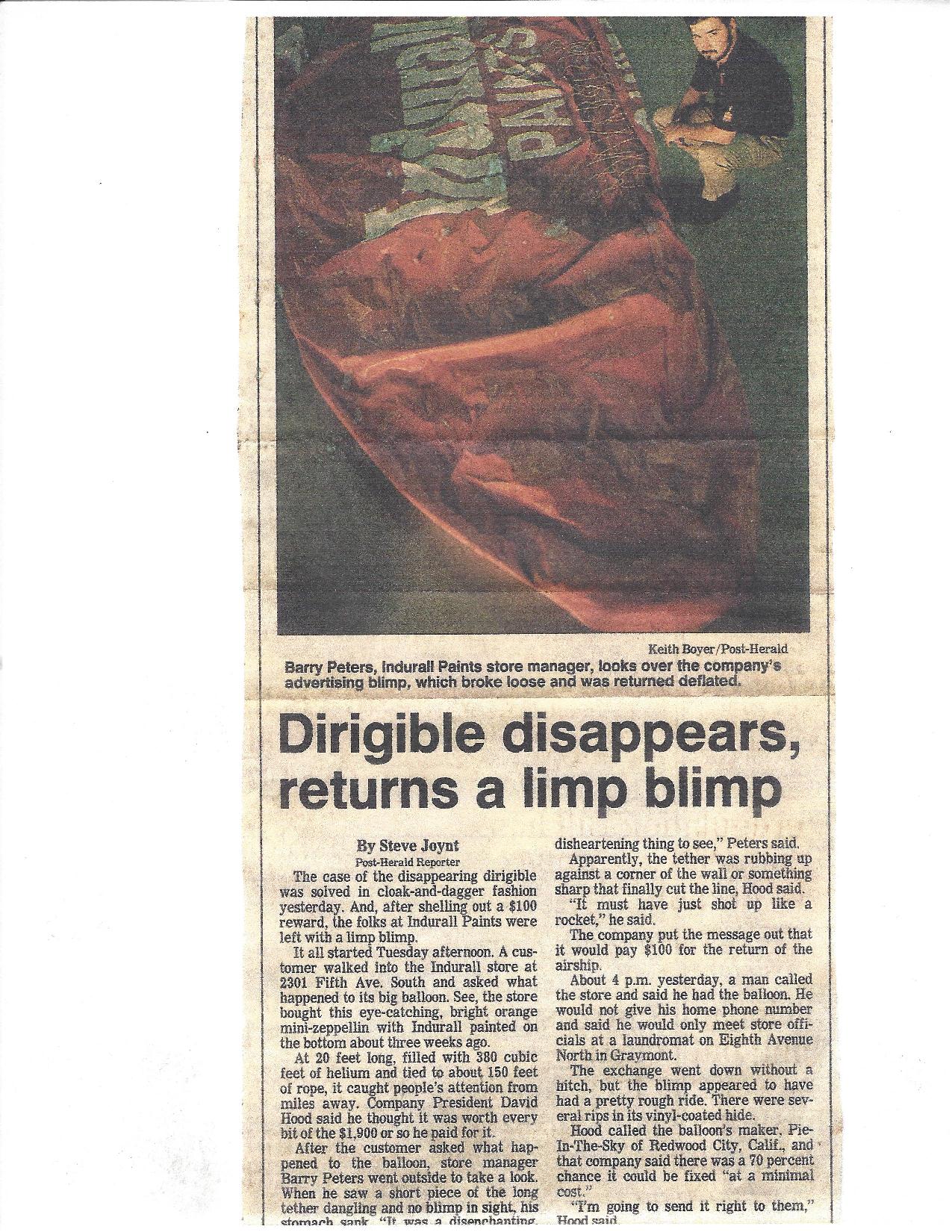