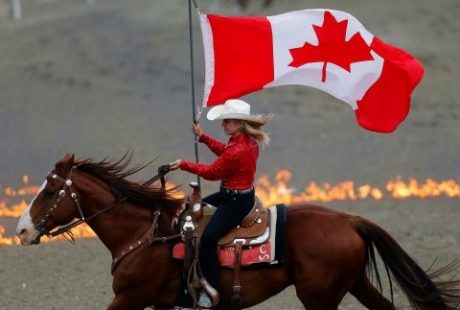 Not unlike many other areas in North America and beyond, Canada has its own challenges in the protective coatings sector. Geographically, Canada has a larger land mass than the U.S., two coastlines, two major mountain chains and a diversity of weather, forestry, mining and shipbuilding in addition to wind energy, oil and gas, and hydroelectric dams. Specifically, humidity, thermal shock, corrosion, UV exposure and fluctuating temperatures cause unique coating challenges.

Humidity: On the east and west coasts, we experience extreme humidity and salt air. In the prairie provinces, we deal with very low humidity, which is often around thirty percent. Alberta and Saskatchewan are not only exposed to wind and lower humidity, but they also endure about six months of cooler weather each year. Temperatures below 40 degrees generate their own set of challenges.

Thermal Shock: In the prairie provinces, we experience chinooks, which means we can have negative 40 degree temperatures one day and a weather pattern comes in bringing the temperatures to just above freezing the next day. This phenome is called ‘thermal shock,’ and it generates its own set of issues. For example, cooling a piece of steal to negative 40 degrees and having it warm to above zero in a few hours, causes the steal to expand and contract. If a coating is subjected to this ‘thermal shock’ and it is a brittle coating with no flexibility, it will fail by way of cracking and simply peel off. Further, at negative 40 degrees, if a piece of pipe or another object is dropped onto a paint coating, the impact can damage the coating quickly. Keep in mind, crews are working in these temperatures in the oil and gas drilling sectors and in many mines. This is a reality.

Corrosion: Another challenge that we often deal with in Canada is “rock chipping” from the many gravel roads that are travelled by rolling equipment, trailers and trucks. Travelling gravel roads will literally sandblast a piece of equipment or severely chip the coating, which allows a corrosion cell to begin. This corrosion costs companies millions of dollars each year as equipment becomes corroded and fatigued, and consequently, requires repair or replacement.  Add to an area of a vehicle that has ‘road rash’ from the gravel,’ road salts, calcium chloride or magnesium chloride, it doesn’t take long for the corrosion to take hold and cause significant damage.

UV Exposure: While we deal with corrosion issues and cold weather, it is hard to believe that we also deal with high UV. Places like Medicine Hat, A.B. and Penticton, B.C. are exposed to more sunlight than the rest of Canada. This means that drilling rigs or service rigs, which are worth millions of dollars and prominently display a company’s corporate image, can fade or change to a new color in a short period of time.  For instance, a beautiful ‘candy apple’ paint job can look purple in just a year.

Fluctuating Temperatures: On the coating application side, another challenge is presented. While painting a large piece of equipment, we don’t always have the luxury of a bake oven that may have to be eighty feet long to house a piece of equipment. This means that painting is done in a large open paint bay. In the winter, the building is typically heated by natural gas furnace or in some cases in-floor heating. Heating is expensive during the winter, and it is sometimes difficult to maintain a comfortable 70 degrees.  To bring equipment in and out of the shop, large bay doors are opened and closed and this cools the building very quickly. Keep in mind, the equipment brought in, largely steel, may be negative 40 degrees. This cool temperature escapes the steel and takes many hours to bring to ambient temperature.

Stay tuned for next week’s blog discussing how Induron’s products can combat these challenges!