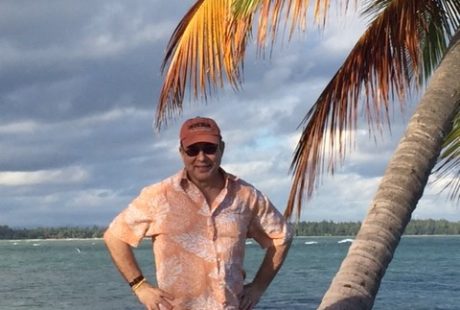 In a flash of time, 15 years have passed. Unbelievable.

In fall of 2003, I interviewed with Induron Coatings looking for a fresh start in a career that had already spanned 25 years with three other coatings companies.  In the summer of 1978, I got my first taste of the coatings industry working as a QC technician summer intern for Ford Motor Co.’s coatings manufacturing plant in Mt. Clemens, Michigan. The following January, I received a full-time job with them as a process engineer and a production supervisor in training.

With the foreign auto industry quickly gaining ground and eroding domestic sales, times were not good for the American auto industry in 1979. As a result, I was laid off after just a year with Ford and looking for another job.

I moved back to my home state of Ohio and began working as a process engineer for Glidden Coatings in mid-1980.  This is where I was able to truly cut my teeth in the industry.  I was particularly pleased to be able to develop a pilot plant operation and a predictable process scale up of products from bench-top to plant.

In late 1986, I joined Sherwin Williams in Cleveland.  While there, I designed and installed a pilot plant and scale up process for them, as well.  In 1992, I relocated to Georgia as their Technical Director for the Southeast region.

By 2003, I sensed something was missing. Even though I had enjoyed the career path so far, I had grown somewhat restless and unfulfilled with my career. Though I loved living in the southeast, I began looking to see what more might be out there…

Later in 2003, I interviewed with David Hood, owner of Induron Coatings, a dedicated, conscientious and successful owner.  As soon as I met David and the rest of the Induron staff through the interview process, I was sold and hoped that they were sold on me.  This was an opportunity to work for a solid, successful, family-owned business with a true family feel.

My wish was granted, and I soon started on as Induron’s Technical Director.  I eventually oversaw the operations department, as well, where I could ensure that R & D efforts were production capable and consistent in quality.

Fifteen years! Well, one way for me to provide a yardstick measure of that time is to reflect on a few of the new products that were commercialized during this time…Indurazinc MC67 in 2006, PermaClean100 in 2008, PermaTuff SL and TL70 in 2009, PermaGloss in 2010, Warrior 100 in 2011, Permastic in 2012 and AquaClean in 2013. This certainly helps capture my time at Induron and quantify the many changes to our product offerings.  Some of these developments involved significant challenges, but in the end, all were rewarding ones. 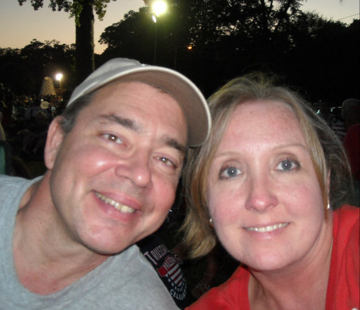 I can honestly say that my time employed with Induron has been the most enjoyable and productive of my career.  There is no company quite like Induron and not likely to ever be.  People make and define a company, and that is certainly the case here.  I will miss a lot about this experience as I move into retirement, and those good memories will remain with me the rest of my life.

Many thanks to Induron, and a special thanks to Davies Hood and Jeff White, for the continuous and full support of the R & D effort.  I am truly thankful and proud to have been part of the growth and positive changes of this company. I wish all the best going forward for Induron Coatings.  I know that I leave a company with a bright and solid future!