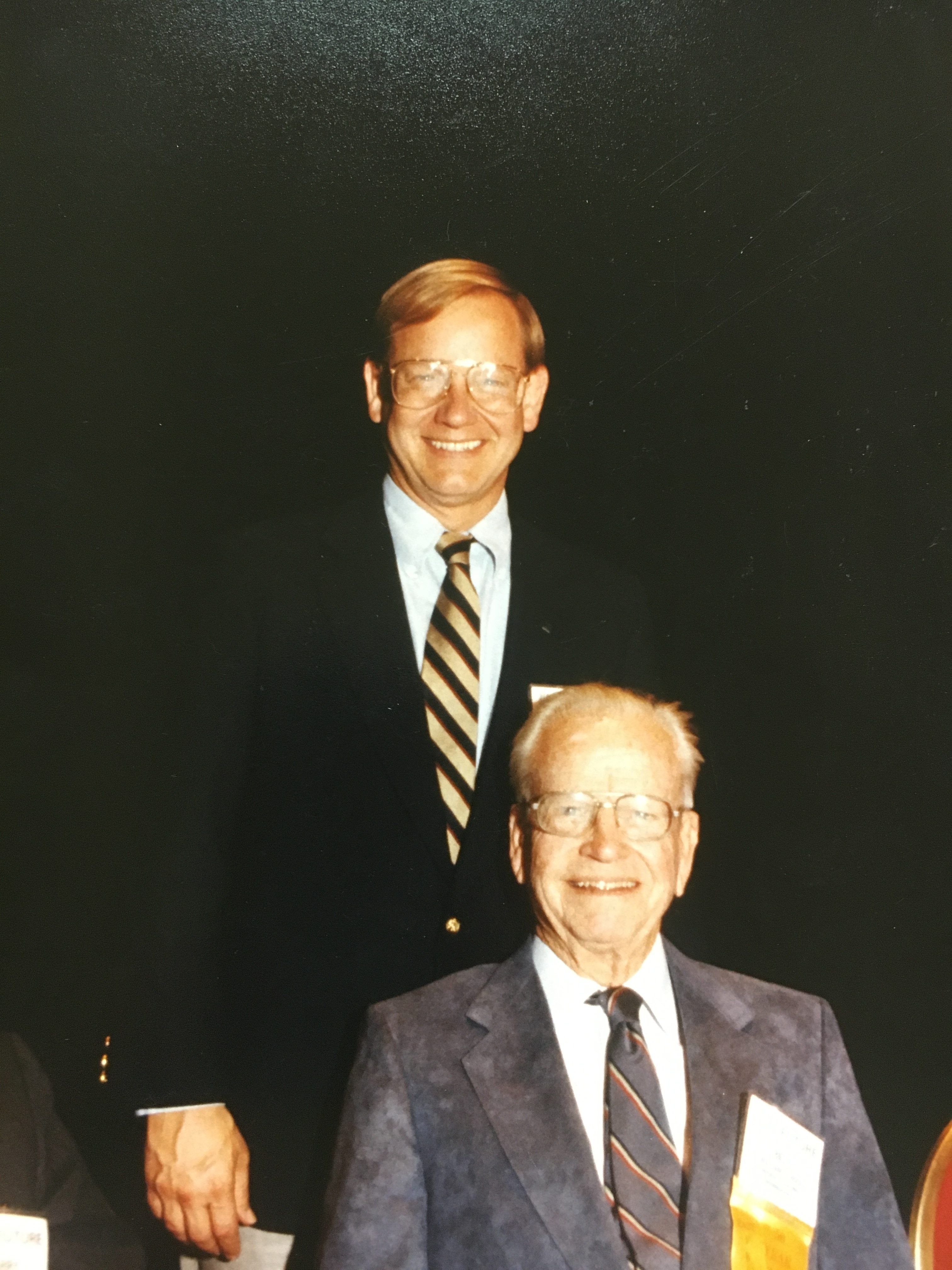 June 21st marked the 50th anniversary of my full-time employment with Induron. In June of 1969, I moved from Atlanta with my late wife, Brenda, who at the time was pregnant with our son, Davies. We bought our first house in Crestline, and I started what turned out to be a permanent career as a paint maker.

While I came with a degree in Mechanical Engineering, a Master of Business Administration and four years of experience in airframe structural engineering at Lockheed-Georgia, I did not have experience with paint making. My boss at Lockheed, Eric Von Lollman, spent World War II in Germany working as a structural engineer for Messerschmidt during the day and manning anti-aircraft guns at night. He was a tough boss who expected and demanded perfection!

After a few months of orientation, training, correcting and analysis, I earned the position of Production Manager. Initially, I found this job to be intimidating and a bit overwhelming because we had a production crew of about 30 overworked and underpaid men. Working conditions were more like the 1950s than the 1970s, and both pay and productivity were very low. Early on, I learned that change can be very difficult even if everyone knows it is needed.

However, over the next three years or so, we made a lot of changes. We raised pay, changed the way batches were ordered, improved lighting and ventilation in the plant, added and replaced equipment, and improved process flow and inventory control systems.

In early 1974, I was replaced by a new Production Manager and stepped into the Industrial Sales Manager role. Then, I made one of the best business decisions I have made by hiring Ron Rowell. While he knew nothing about paint, Ron became the most successful salesperson Induron has ever had.

In 1978, Mr. Prosch decided to retire on his 65th birthday in 1980 and promoted me to “General Manager.” During the 1970s and early 1980s, our government became an administrative state and began issuing the regulations that we are familiar with today—OSHA, EPA, Dept. of Labor, etc. It was a difficult time for business in general, but particularly in paint. Plus, small business was crushed by the demand for new skills and knowledge.

In 1980, Mr. Prosch retired as planned, and I was made President of the company. At that time, we were a “C” corporation without a majority owner. I reported to my dad as CEO and to the Board. It was a tough time trying to manage increasing regulations and consolidation in the industry. We tried to build our stores and architectural business to a sustainable size, but we never quite got there.

In late 1984, I made an offer to all outstanding shareholders for a majority ownership position. Thanks to a lot of bank financing, that was a successful plan. By January 1985, I owned about 62 percent of the company, and my dad owned 33 percent. Later, we formed an Employee Stock Ownership Plan, and bought out my dad when he retired. A bit later, I acquired all the outstanding stock in Indurall and converted to an “S” corporation.

By late 1994, I decided that we needed a new business plan or to sell the company because the competition was becoming too big, strong and intense to survive as we were. Fortunately, I sold our stores, architectural inventory and trade name (Indurall) and customers to Pratt and Lambert in October of 1995. Then, we reinvented ourselves as Induron Coatings specializing in the technically demanding protective coatings business. With this move, our theory was “if it’s hard to do, we were going to do it.” And, it worked.

Read more on the beginning stages of Induron Coatings!

One thought on “50 Years with Induron: Changing Roles at Indurall”