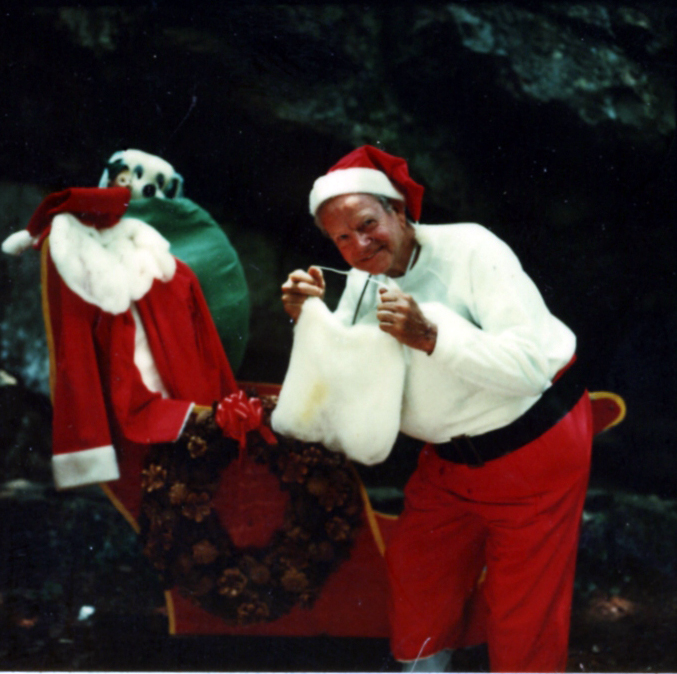 As the Christmas season begins, I enjoy reminiscing on the special memories and traditions that the holidays hold. One of my favorite Christmas memories is my dad dressing up as Santa Claus and bringing joy to the Birmingham community.

‘Twas December 1947… It had been six years since the “day that lived in infamy,” the war was over and mankind was beginning to return to “normal.” At this time, the Industrial Paint Company, Inc., which would later become Induron Coatings, is about six months old.

Christmas was approaching, and my dad decided to put lights on the house to celebrate—something not conceivable during wartime. He was on the roof of our 3-2 frame house on a 50-foot lot wearing a red jumpsuit when someone drove by and exclaimed, “That looks like Santa Claus!!”

And, so the tradition that brought an enormous amount of pleasure to many people in the Birmingham community began! The following night, my dad dressed as Santa and shouted “Merry Christmas” to every car that passed. People came from miles around, and eventually, the local police had to direct traffic to keep things moving.

For three nights before Christmas, he sat in that sleigh and wished everyone a “Merry Christmas!” My mother greeted every kid who came by name in a voice loud enough for my dad to hear from his perch 25 feet away. Later, when he called each kid by name, there was no doubt that he was the REAL Santa Claus.

Today, it amazes me that I continue to hear from local people who remember “The Real Santa Claus” from a period before indoor malls, TV and the massive commercialization of Christmas. My dad made a lot of kids happy with that ritual even in rain, snow (at least once I remember) and cold. It was truly a gift to the community, which lasted far longer and meant much more to many people than my dad could have imagined.