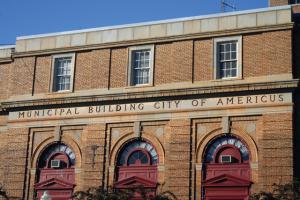 I’ve heard it said that it is often darkest right before the dawn. I’ve also heard that every cloud has a silver lining. In this article from the May 2012 edition of Municipal Water & Sewer, the City of Americus, GA, learned that even during hard times – such as rebuilding from the destruction of a tornado – efficiencies and improvements can be made.

Instead of taking the easy route and just rebuilding what had “always been there,” the City of Americus actually took a step back, hired an engineering consultant and had their entire water system put through a Hydraulic Modeling process. The results revealed several previously forgotten about underground water pipes, unknown valves (some of which were closed) and realization that some of the existing pipe was significantly undersized. This modeling allowed the city to not only replace what was damaged in the storm, but provided information used to build a new water infrastructure system that would assist in growth and “provide greater certainty in day-to-day operations.”

Not to make light of the terrible effects of tornados (I remember images from Joplin, MO, and Tuscaloosa, AL ,all too clearly), but in this case, the City Of Americus took a bad situation, learned from it by looking at old problems with new eyes and created a water system that provided “better service to customers without unnecessary capital expense.” Sounds to me like a lot of North American water systems could benefit from the exact same study… minus the tornado.