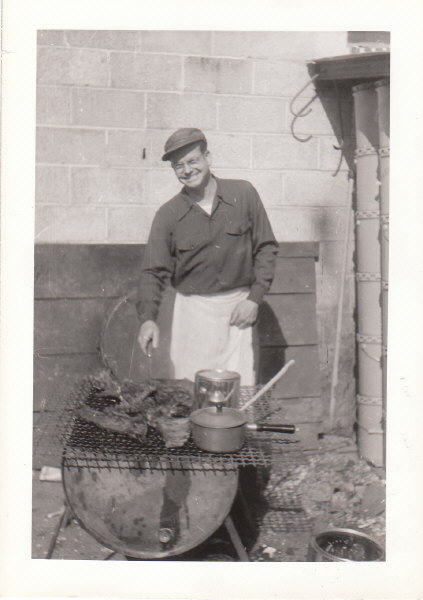 Induron loves getting together for a good cook-out. We’ve been known to have company events for various holidays, and barbeque of some sort is often on the menu. Even at our plant expansion ribbon cutting ceremony a couple of years ago we served classic Dreamland BBQ in a huge white tent for lunch.

This tradition goes way back as demonstrated in this first photo of Induron founder, William E. Hood ca. 1955. This particular event was held for Christmas one year to thank our factory guys. The grill is made out of a paint (or resin) drum, which is certainly not something you see very often. Our barbecue events are often celebrations of the great people we have working at our company. 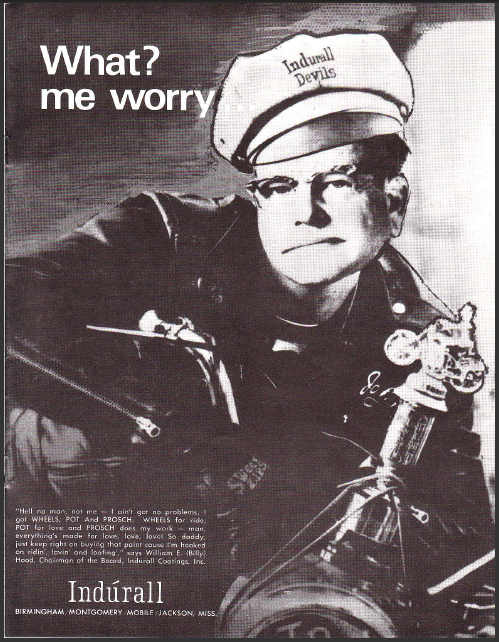 The second photo is something a little…..different. It is a poor grafting of William Hood’s head onto a picture of Marlon Brando in a poster advertising the movie The Wild One. It was made by the staff of the American Coatings Association (ACA), which at the time was known as the National Paint, Varnish and Lacquer Association (NPVLA). William Hood served as the first industry President of NPVLA and is still known for his long term chairmanship of its by-laws committee. He made his annual report a “laugh out loud” event that was widely anticipated at annual meetings, so it’s no wonder that they created this poster for him as a joke. It was presented at a staff party.

These two photos really demonstrate what kind of guy William Hood was – a man always happy to spend time doing something nice for his employees AND a man known as “the wild one”!