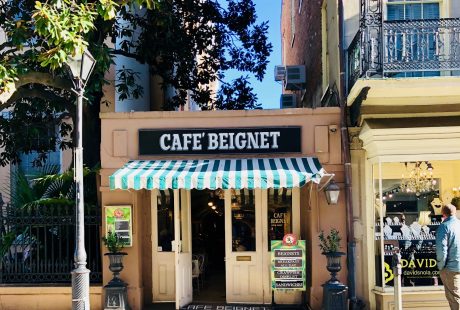 Induron Protective Coatings was excited once again to exhibit and participate in one of our industry’s major national trade shows, SSPC 2018 in New Orleans, Louisiana. An unusual cold snap was experienced in the Crescent City that brought a hard freeze and even a little snow, which is extremely rare. Despite some closed roads and businesses, the conference went off without a hitch.

As usual, SSPC proved to be an an invaluable opportunity to network and further connect with not only new, but also existing customers. Ideas and strategies were exchanged amongst our sales team, their individual customers and various other opinion makers in the industry.

A wide variety of technical sessions provided attendees with an opportunity to learn about very specific issues in the coatings industry that are rarely discussed in other settings. New Orleans, being one of the best food towns in the country, offered plenty of breakfasts, lunches and dinners where these discussions would often be continued.

SSPC 2018 was another successful trade show for Induron, as I imagine it was for many other companies in attendance. We look forward to seeing everyone again at SSPC 2019 in Orlando!