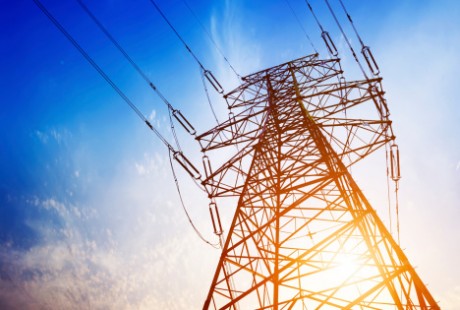 When deciding how to specify coatings on T&D structures (lattice towers, poles, pylons, etc.), it’s important to realize that there are sometimes different “zones” on these structures. For instance, if a galvanized steel transmission pole is partly buried in soil, the below-grade portion is exposed to a different corrosion environment than the above-grade section. Likewise, the “transition zone” just above and below the ground line can present corrosion protection challenges.

So, before you buy it, coat it and bury it, consider the following corrosion variables.

This portion is often specified based on the performance standards and specifications that are widely used to require coatings to prove excellence in categories relevant to exterior above-grade weathering. The “gold standard” for these performance categories is the AAMA 2605-11 ‘Superior Coatings” standard. Performance categories are selected aside from basic physical or mechanical properties.

The below-grade portion of the metal structure may be subjected to corrosive variables, such as varying types of soil. Soil texture refers to the size distribution of mineral particles in soil. Sand, which is rated from coarse to very fine, silt and clay denote the textures of decreasing particle coarseness. Soils with a high proportion of sand have very limited storage capacity for water, whereas clays are excellent in retaining water. For performance testing purposes, consider requiring an “immersion grade” coating. Other corrosive variables include soil resistivity, redox potential, moisture content, soil stresses, chloride content, pH level, sulfates/sulfides, and more.

Soil resistivity: The measure of the soil’s ability to conduct electrical current is its resistivity. If resistivity is low, the amount of current will be potentially high, which allows for more electro-chemical corrosion to occur.

Moisture Content: Soil corrosivity is largely dependent on the moisture content of soils in relation to other variables. Water is considered one of the major elements needed for the process of electrochemical corrosion, in addition to other components, such as metal and oxygen. Essentially, corrosion will not take place when the soil is totally dry. According to various studies, higher moisture content can reduce the soil resistivity, which can in turn increase the potential for corrosion. Keep in mind that when the soil has reached its saturation point, extra moisture will have little or no effect on the resistivity.

Soil stresses: Soil stresses can also affect the performance of coatings below-grade. The estimation of maximum soil-induced stresses implicitly assumes that a perfect bond exists between soil and coating and there is no slippage. This assumption may result in unrealistically high coating stresses for smooth coatings with little or no joint discontinuities.

Chloride Content: Chloride ions are harmful to metals and have a direct role in metal anodic dissolution. The presence of chloride ions in soils could result in reduced resistivity. Chloride ions naturally exist in soils due to geological sea beds and brackish groundwater, but they can also appear as a result of external sources, like de-icing salts.

pH: Soils possess varying levels of acidity, ranging from a pH of 2.5 to 10. When the pH level reaches 5 or below, fast corrosion rates and early pitting in steel or metallic structures are likely to occur. A pH of 7, or neutral, is favorable because it can minimize the possibility of damage due to corrosion. Take note that soil’s intrinsic pH can be affected by other factors, such as rainfall.

Sulfates/sulfides: Compared to chloride ions, sulfates are less corrosive to metal structures. However, sulfates can transform into sulfides, which are highly corrosive due to the action of anaerobic bacteria that could reduce the sulfate.

Organic content, other chemicals, and stray current can also impact the corrosion rates of metal below-grade. We will drill further into these corrosion variables in the following blog.