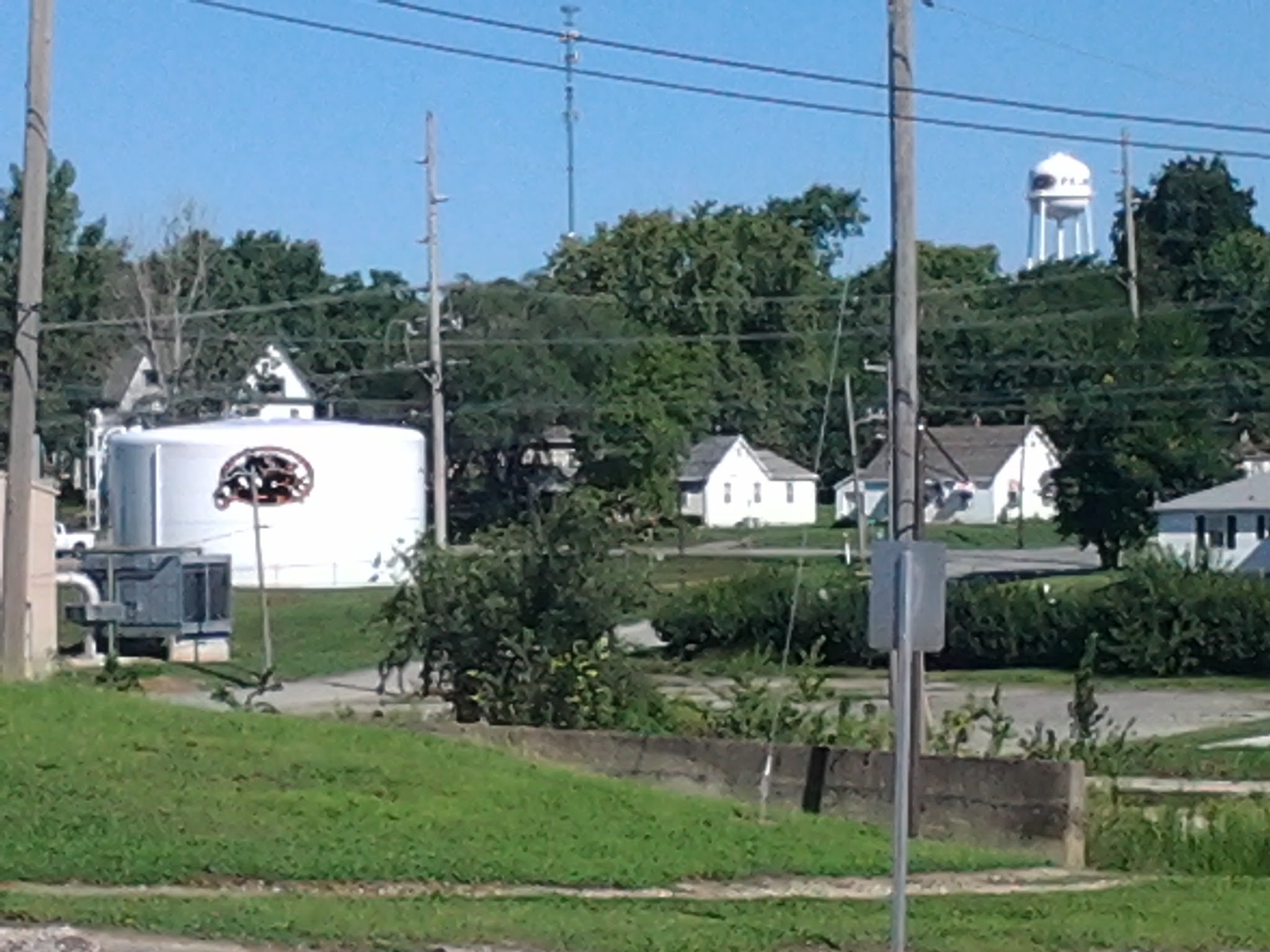 The city of Palmyra, Missouri, which is located two hours north of St. Louis, was platted in 1819 and is home to nearly 4,000 residences. With many buildings and homes listed in the historical  registry, Palmyra is rich with Civil War and Pony Express history. In fact, in 1827, the town became the Marion County Seat, which established it as the oldest postal stop in Missouri that is still in operation today. Induron is fortunate to have worked with the city to refurbish three water tanks.

The first tank was a lead abatement project brought to us by Klingner & Associates, who we have worked with on several projects. Throughout the first tank project, Induron’s representative, Linc York, developed a positive rapport with the city, which opened the door for future work.  Because the city was so pleased with the service and with the aesthetics of the finished tank and logo, they turned to Induron to evaluate and develop specifications to refurbish the other two tanks in town. After visiting the sites, I was able to develop these specifications and work with them through the bidding process.

The first project, which was finished in August 2015, was a complete rehab and lead abetment project. Because the old lead paint must be completely contained, removed and disposed of, this was a very expensive process. The entire exterior of the tank had to be enclosed to abrasive blast the steel to bare metal. Though the interior did not have lead paint, it was recommended that the city restore it since they were already spending the money to completely refurbish the tank. This way, when it was all said and done, they basically had a brand new tank.

For the tank interior, Linc specified the MC 67 Primer / PermaClean 100 because it is one of our best systems, not only from a performance standpoint, but also from a cost position.  The technology of the PermaClean 100 is one of our most advanced ceramic products and can be applied in just one coat.  Likewise, for the exterior system, MC-67 / Indurathane 6700 and the Perma-Gloss Fluorourethane is a “Cadillac” system providing the long-term protection of a zinc primer with the extended color and gloss retention of the Fluorourethane. 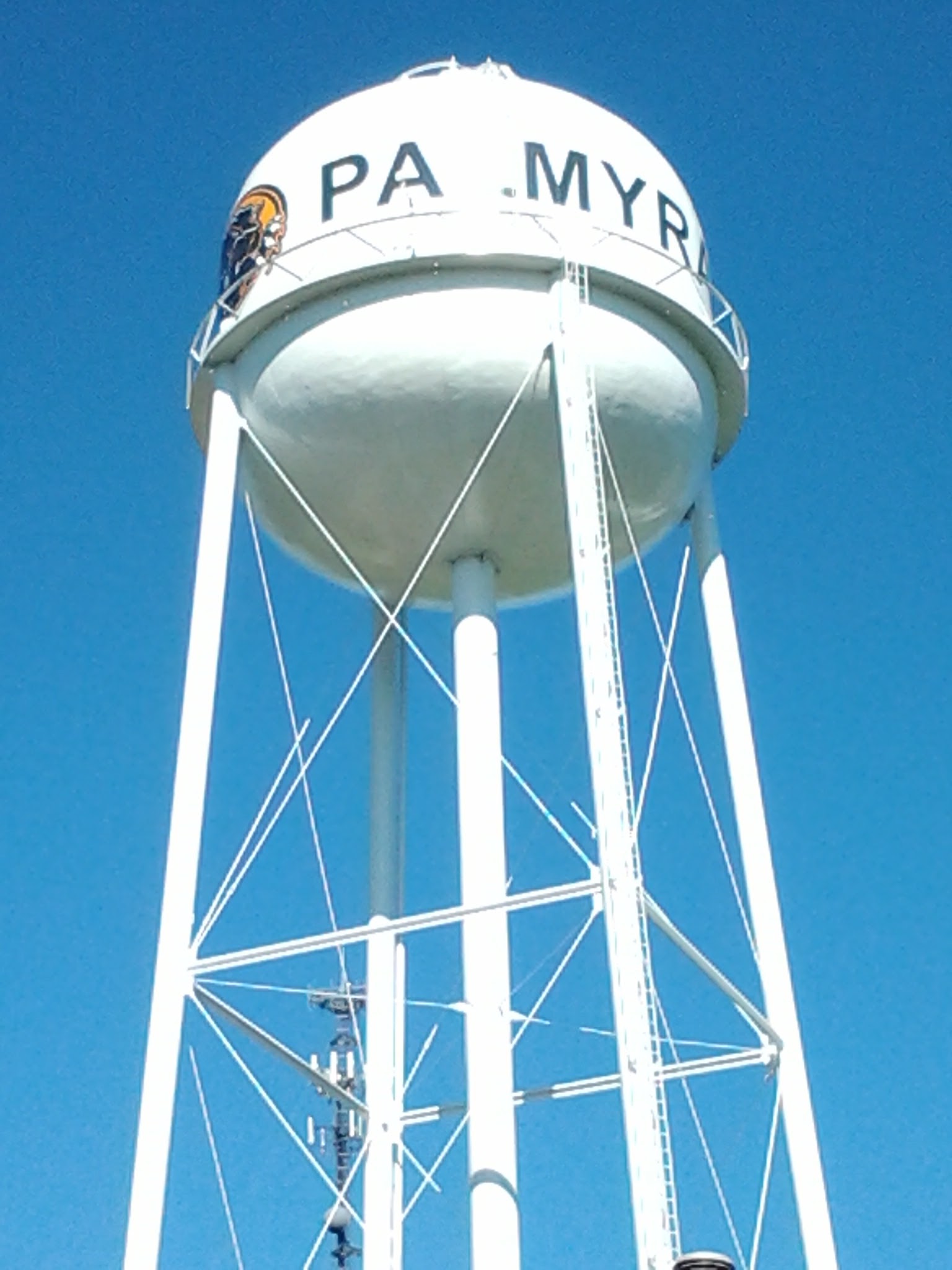 Completed in July 2017, this was essentially a “facelift” for the town’s biggest tank. The interior coating was still in good shape and so was the exterior, but it had weathered to a dull finish.  I specified the Permastic because it is self-priming and didn’t require more than a 5000 psi water cleaning. We painted the tank with white and put the town logo on it using the Fluorourethane to match the other tanks. This was also a lower cost coating system primarily focused on improving its appearance. 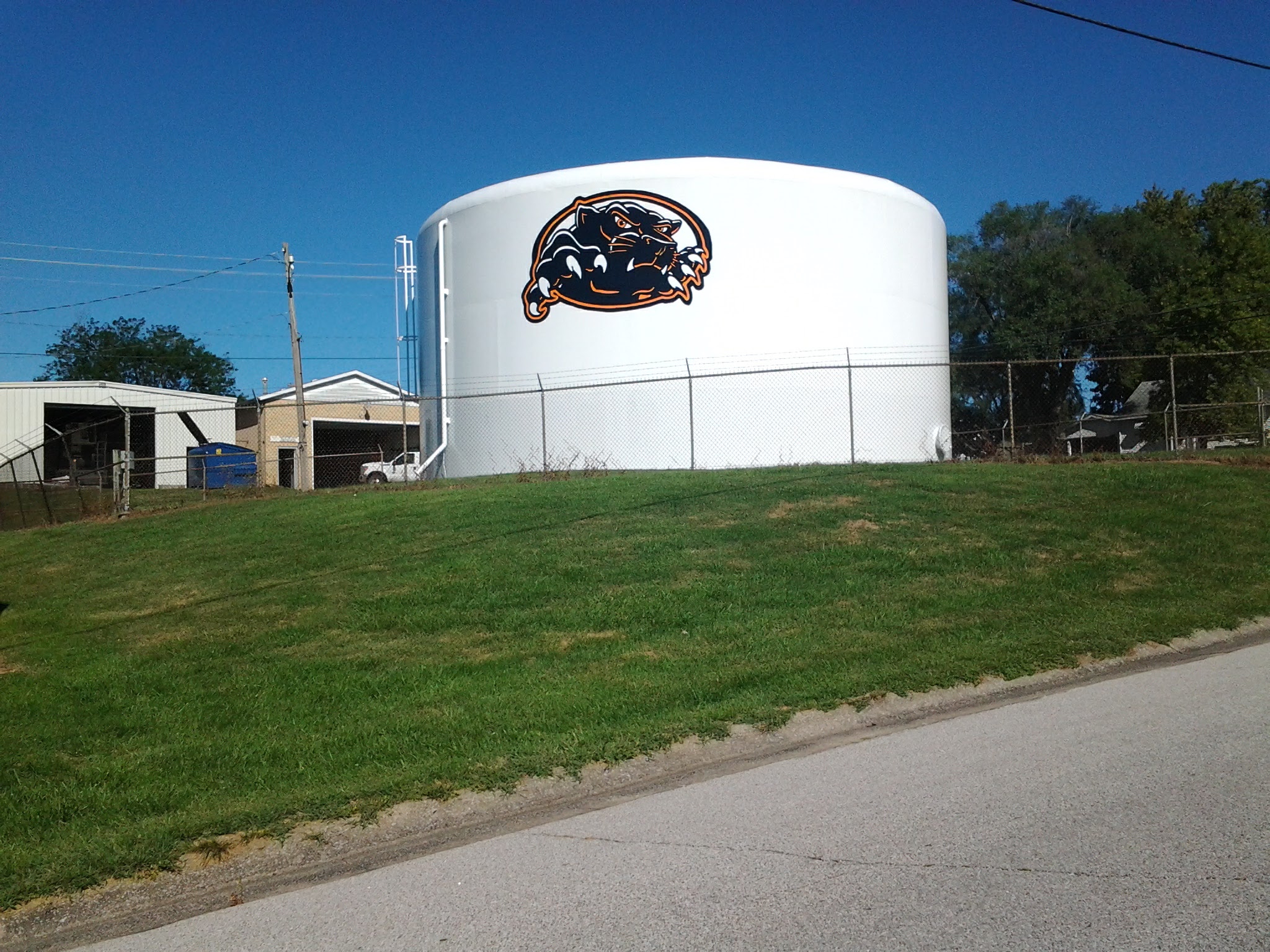 Located in an industrial park off Missouri’s State Highway 61, this tank has the highest profile in the community and serves as a focal point for the town. Like tank #2, this project was an exterior overcoat refurbishment completed in July 2017. However, because it showed several rusted areas and some surface cracking in the film of the old coating, I selected the Induramastic 85 Primer. I-85 offers excellent adhesion properties and sticks like a rock to marginally-prepared surfaces. Plus, it is a thicker coating, which helped with the surface imperfections. Then, as before, we went with the Fluorourethane for the long-term color and gloss retention. 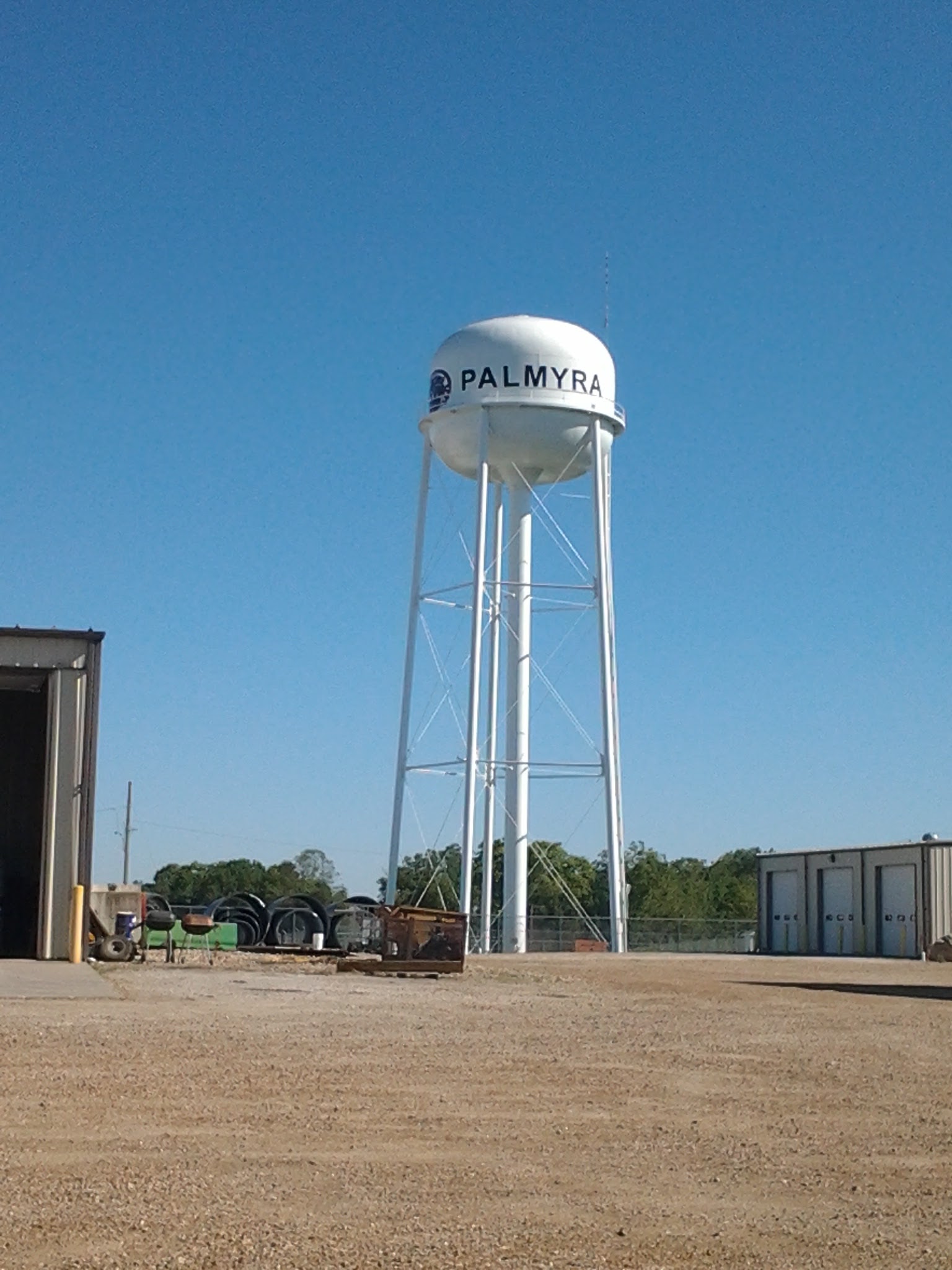 The city was extremely happy with our service and very pleased with the finished results of all three tanks! We look forward to working with the city and the contractors involved again!