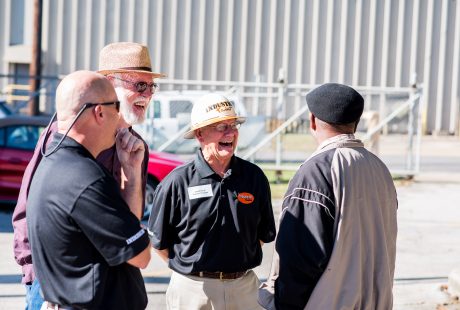 In June of 1969, I joined Induron after 4 years of engineering studies at Vanderbilt, 4 years of experience in aircraft structural analysis and earning a master’s degree in Business Administration from Georgia State.

At that time, Induron had been successfully operating for 21 years. I assumed that we could just keep doing what was working and all would be well. That assumption proved to be wrong—very wrong!

The Vietnam war was raging, the country’s culture was raging, and government regulation was beginning to rage. Nothing in our company’s experience held in parallel anymore. I am not referring to right or wrong nor good or bad—just unprecedented change that was forced on our industry and business model.

Sure, the large companies were around—Sherwin Williams, Glidden, Dupont—but they had a much smaller share of the whole paint market than they do now. There were more than a thousand independent paint companies in the country that served local and regional markets with products made and sold locally. Induron (then known as Indurall) was one of them.

The storm of regulations and regulatory agencies blew much harder on companies making a few hundred thousand gallons annually than the larger competitors producing more volume over which to spread the mostly fixed cost of compliance.

Over the past 40 or 50 years, most of those independent paint companies are gone. Some sold out. Some merged into larger companies. Some were liquidated. Some simply fell into bankruptcy.

The short answer is our culture. We were then and are now a group of people who respect each other’s skills, motivations and industry. We were then and are now a team of mostly long-term employees who know and care for each other. We had then and have now several father/son employees—the Jones, the Rowell’s,  the Pruitt’s and the Hoods, to name a  few. Without our “family culture,” fathers would not encourage their children to join the team. It sounds a bit trite, but we love one another.

That is all well and good for Induron, but why does it matter to others? Because we treat our customers the way we wish to be treated. Our customers, and even our suppliers, are our life blood. We all recognize that, without them, we don’t have jobs!

It is with a great sense of pride that I ask you to get to know us by watching the video below or contacting us directly. By offering skills, knowledge and innovative products, we strive to provide customers with the best coatings for their unique needs with unrivaled customer service.